Her past is behind her!

Her name is Mayamiko and her past is behind her.

When she was very young her parents divorced. Both parents left their community and their 6 children to be raised by grandparents. Life was not easy for such a large family, but her grandparents did all they could to see that Mayamiko and the others had opportunities in life.

She was able to start school when she was 7 years old. A very bright girl she did well in her studies. The family had no money for schooling supplies and a school uniform, but that did not stop Mayamiko. She worked hard in school. Her dream was to one day become a nurse.

At 15 years old she was ready to begin High School. In Malawi, not everyone can attend High School. There is a selection process for the best schools. The outcome is often influenced by factors that have nothing to do with school performance. The process can be very political.  Mayamiko was selected, but was assigned to attend a poorer performing government school a distance from her home.

That summer, before even starting High School, Mayamiko became pregnant. She and the boy wanted to marry, but her grandparents would not allow it. The baby was born without a father. Mayamiko felt her dream of becoming a nurse was now over. She was 16 with an infant to care for. She thought, “What can I do now but find a husband and become a wife to bear more children and work for my husband.”

It was that same year, while Mayamiko was so discouraged, that everything changed. She joined a local Youth Club and began to hear about Jesus. She found encouragement from other youth and hope when she decided to give her life to serving Jesus. The Youth Club provided some career guidance and Mayamiko began to think again about going back to school. Her grandparents even encouraged her to do so, but she thought, “How can I pay the expenses of school with this young child to care for?”

While all of this was going on one of Y-Malawi’s Field Officers heard of her situation and recommended her for the sponsorship program to empower women and girls. Mayamiko was registered and then a miracle. In just a few weeks and she had a sponsor from the United States!

Sponsorship has allowed Mayamiko to return to school where she is now completing the 11th grade. Her dream of becoming a nurse is coming closer. It has not been easy. There are many who will throw stones at someone trying to get ahead. At school her fellow students make fun of her saying, “Momma, what are you doing at school? Why don’t you go home and take care of your kid?” Older women who are not in school criticize her as well. They say, “Why are you wasting time at school? You should get married while you are still young and can get a husband.”

Mayamiko is not detoured from her goal. She was raised to follow Islam, but now she says, “My future is in the hands of God. My past is gone. I have only to cast my worries and troubles to Jesus. He is where I will place my life and hope. It is because of my Jesus that I can feel safe. I know I will make it.” Then she quotes from the Bible, “I can do all things through Christ who strengthens me.”

Her story is encouraging others too. Recently, Mayamiko has begun to speak at Youth Club meetings to encourage other young girls facing similar challenges. Because of Jesus and through sponsorship, she has literally been empowered to stand up and not only change her own life, but the lives of all those she meets.

God is using Mayamiko and her sponsor to make a difference in the lives of many young girls in Nkhotakota. 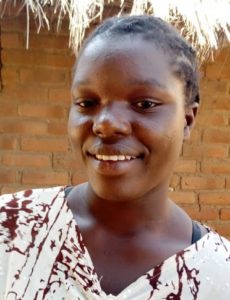 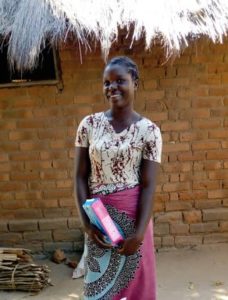 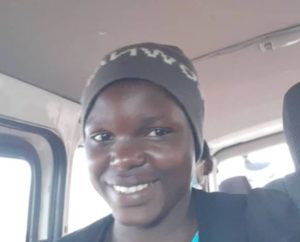