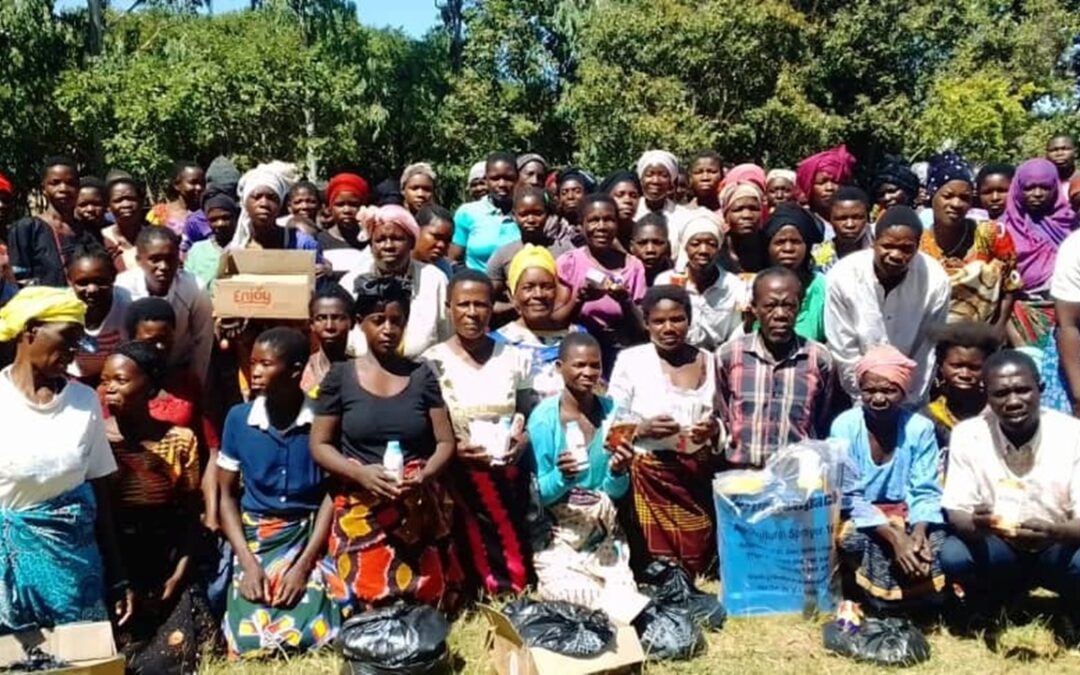 Author Earl Nightingale is quoted as saying, “A rut is a grave with the ends kicked out.”  There can be some truth in this statement. Is there something you do that you have no idea why you do it?  Something that has been a part of your life since you were very young?  Perhaps how you load the dishwasher or a particular way you make the bed.  Maybe you are someone who grew up with the notion that, “If you are not early to an appointment, you are late!”

In Malawi, more than 80% of people are small plot farmers.  They grow the food they need to survive themselves.  These farmers have only a small piece of land, many only the size of an average yard in America. Their tools to accomplish the work are primitive.  Most have only a hoe made from a piece of metal tied to a handle made from a fallen tree branch. No machines to plow, till or harvest.  It is hard work.  Done the way their fathers taught them, and their fathers before them.

What if there was a better way?  What if some simple things could be done to help people increase their harvest and therefore the food they have to eat?  Enter Farming God’s Way.  Through our partners, Y-Malawi is brining people together to teach a different way to farm.  A way that can increase harvests by 25% up to even 50% or more!

Farming God’s Way teaches how God has created plants and the world to naturally grow and reproduce.  How God designed nature to do its own tilling, planting and fertilizing.  We learn how to make maximum use of the rain and sun He provides.  We learn about how some of the practices past down through the generations are actually reducing harvests and damaging the soil.  In the process, we learn about our creator, who He is, and how He loves us.

God wants us out of our ruts, He has something better planned for us.  In Jeremiah 29:11 He told the nation of Israel, “For I know the plans I have for you, declares the Lord.  Plans to prosper you and not to harm you, plans to give you hope and a future.”  Farming God’s Way does that for farmers in Malawi. God wants the same for all of us. 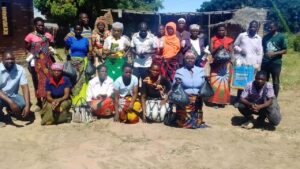 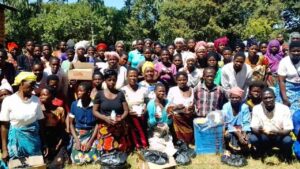 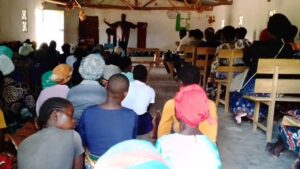 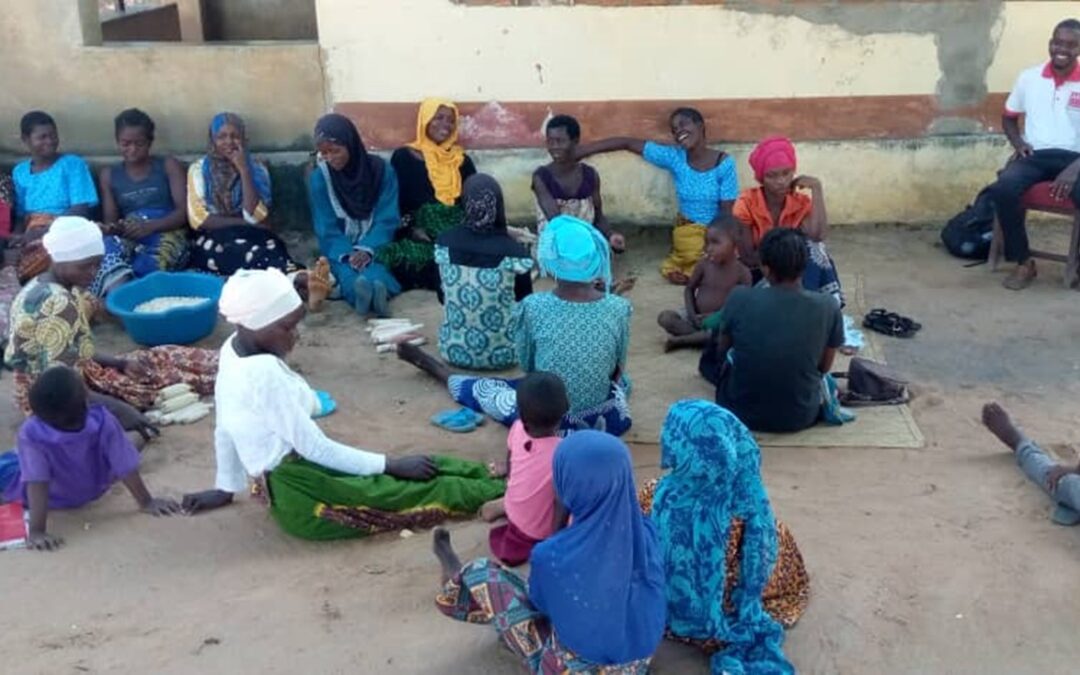 This month 3 new Bible study groups for women were started.  This is a great example of just how powerful the model is.  These groups are starting because people have come together for a common purpose.  Here is how it works.

The best part is that these women are hearing three words they have never hear before. The words are simply, “God Loves You.”  Their lives will be forever changed as they come to know what it means to follow Jesus.  They are taking what they are learning back to their families, friends, and community.  Others are seeing how the lives of these women are changing, and they are asking why? They too want to know more about this Jesus.

The movement is not unlike how the early church grew, and it is happening because people are working together for a common cause.  It is powerful, as King Solomon said,  ” A cord of three strands is not easily broken.”  (Ecclesiastes 4:12) 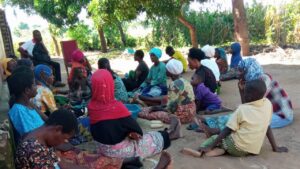 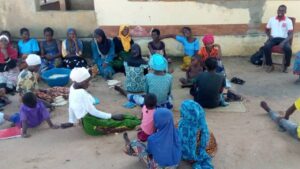 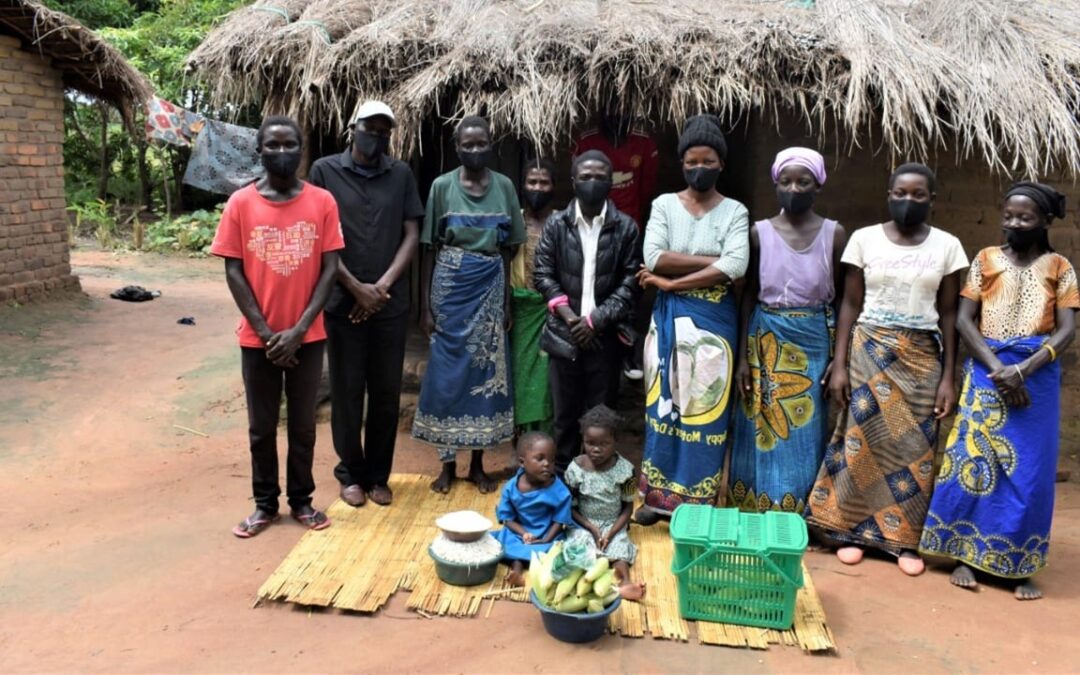 Born healthy their names are Denala and Talitas. They are now 8 years of age. First to be born, their parents could not have been more excited for their arrival.  When the day final came everyone praised God for the gift of children.

At first the children seemed to be growing well and healthy, but as they grew their parents noticed something was not right.  After several visits to the local clinic, the difficult news came.  Both children had Polio.  The doctors told them that there was no cure.  They also told them that the twins would never walk. The news was devastating.

The diagnosis wasn’t just hard to hear.  It meant there would be lifelong challenges for the family.  The difficulties of this new life stressed the marriage.  Finally, the father became so depressed that he left the family.  The mother was now alone, with two children to provide for all by herself.  Not only was she now a single mother, but a single mother with twins facing challenges. The family was suffering. They lacked food, clothes, and other basic necessities.

In the culture of Malawi, people who are different can be misunderstood.  In the village, out of ignorance, they can even be thought of as either having special powers or possessed.  These misunderstanding caused even further isolation for this family fighting to survive.

Enter Tondwa Baptist Church. After attending a Disability Inclusion training program hosted by Y-Malawi partner World Relief, they learned that disabilities have nothing to do evil. They learned that people with special challenges are made in the image of God just like those without challenges.  Once they realized that God’s love extends to everyone He creates, they realized they had to do something to help.

They began raising funds to help the family with food, clothing and other items. When the church came to her home to offer help, the mother couldn’t believe what was happening.  The family follows Islam, but this was a Christian Church sharing help and love.  She said, “I am amazed! I never expect to be visited by you a Christian church.  My fellow Muslims know about my problems, but no one has ever visited me and my children.  May God bless you.  I have witnessed the love of God.”  One of the church Elder’s talked about how sharing the love of Jesus in this and many other ways is transforming their community.  As one of the churches in the new Church Empowerment Zone, the church has learned how important it is to reach out to their community to demonstrate the love of Christ.  One of the church Elders expressed what they have been learning like this, “We may not have it all together, but together we have it all.’’

Disability or opportunity?  You decide. 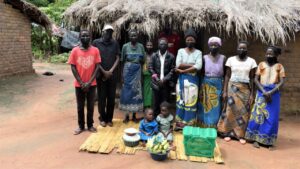 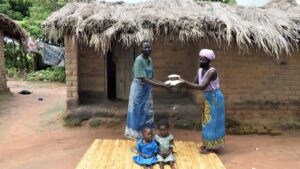 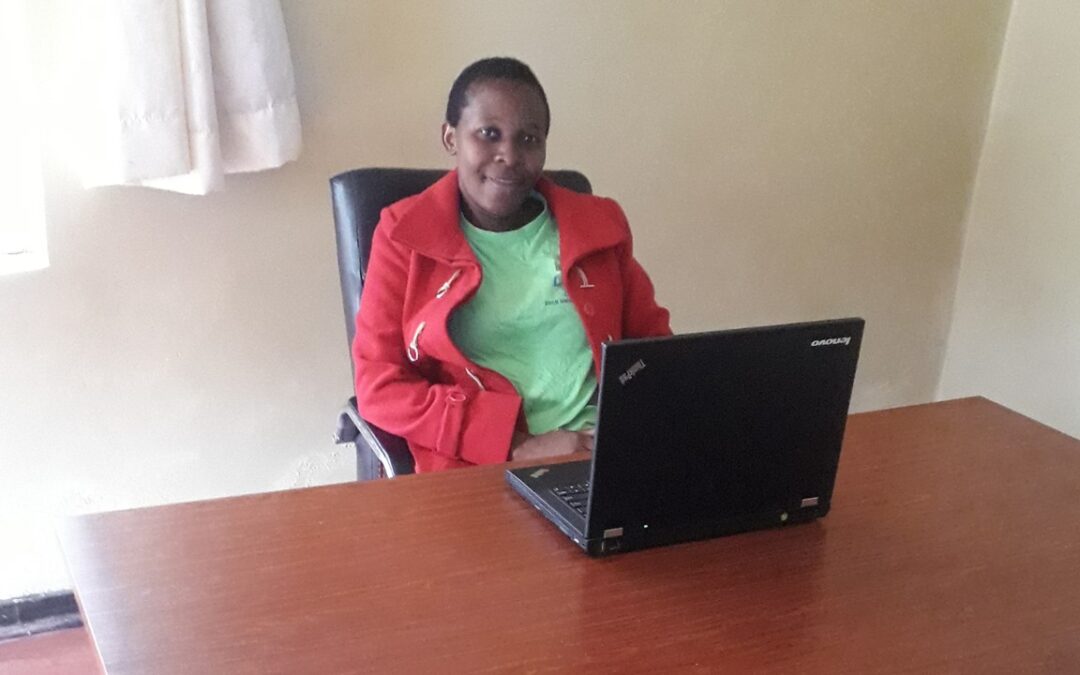 He died when she was just 15 years of age.  Fales was in 11th grade.  Life had been going fine, but then suddenly it wasn’t.  He was not only her father.  He had been her encourager, her coach, her strength, her guide, but now he was gone.  As the first born, she and her mother were left to care for a family of 7.

It was difficult.  They struggled a lot to feed, clothe, and keep the children in school.  With a High School education, you can teach in Malawi.  Fales became a teacher and continued to help her mother with the other children.  Along the way she married, but after just 4 years this man died too.  Life remained difficult but somehow Fales and her mother managed to get all of the children through school.  Only one married early. One even attended University!

Fale’s life changed when one day the Head Teacher at school invited her to a Christian fellowship.  There she heard about Jesus.  It was that day that she gained new hope.  It was that day that her walk with Jesus began.  For 13 years after that day she waited on the Lord.  She held fast to the words of Psalm 27:10, “Though my father and mother forsake me, the LORD will receive me.” God did not forsake her and in His time gave her a wonderful new husband and family.

At church one day she heard about an opening in Chiefs Ministry.  She didn’t know much about the work, only that it involved telling people about Jesus.  Many discouraged her, but she felt God calling her to apply.  Her reasoning was simple, “Every time I think about Jesus, I just want all should accept Him because He was the man that changed me for good.”  When she applied, she somehow forgot to include her contact information.  Chiefs Ministry found her anyway and called her for an interview!

Now Fales is a key member of the Chiefs team.  She is responsible for Chiefs Bible Studies, Women’s Change Me programs, teaching Farming God’s Way and working with Chiefs to end child marriages.
She is impacting literally thousands of lives.  Her life has been impacted too, “When I see Chiefs and community members responding to the Word of God and seeing them enjoying life as children of God, it encourages my life too because life without Christ is nothing.” 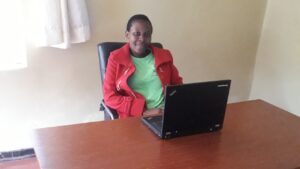 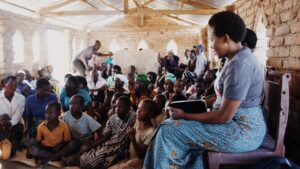 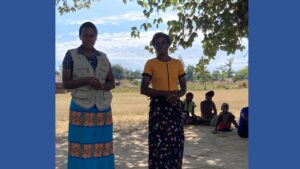 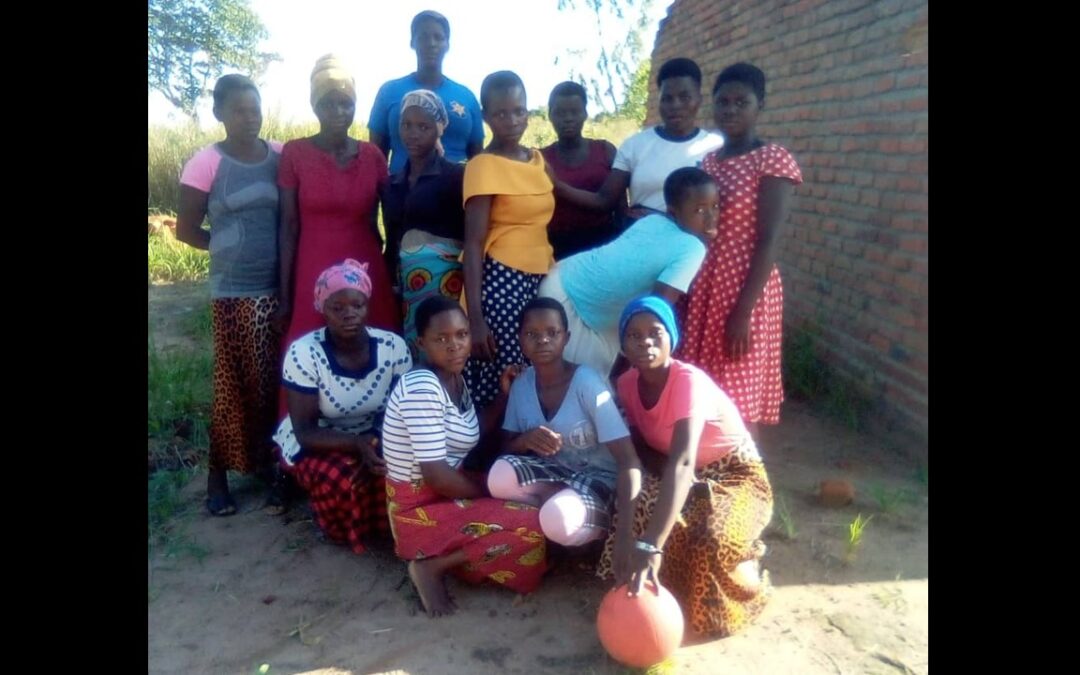 We call it basketball.  Malawi has a similar game called netball.  Like basketball, it’s played on a court with hoops on each end.  Usually, the hoops are made by twisting some metal and attaching a homemade net. Since the court is dirt, there is no fancy dribbling. But there is a lot of passing.  The idea is the same as basketball, get your ball into your net to score.

It might seem just a game, but it can be a lot more.  One Christian Chief wanted to give girls in his village something productive to do after school as a group.  Score one for Netball.  He formed a Netball team.  The girls come together on game days and play.  Some of them study the Bible together before and after the games. Some older women participate as mentors.  The girls have discussions about life that are sometimes tabu in the village. It’s become more than a game.  The game is a catalyst for changing lives.

When this Chief became a Christian, some other Chiefs said he had gone mad, but day by day his village is being transformed. Now other Chiefs are looking closer.  Several others have since become Christians.  God is on the move!

Is it March Madness?  Nope, more like Holy Spirit Madness! 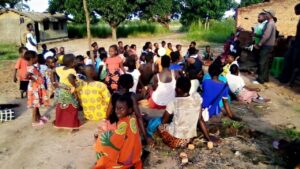 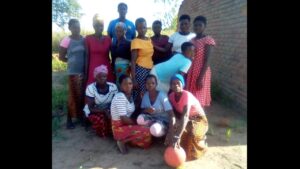