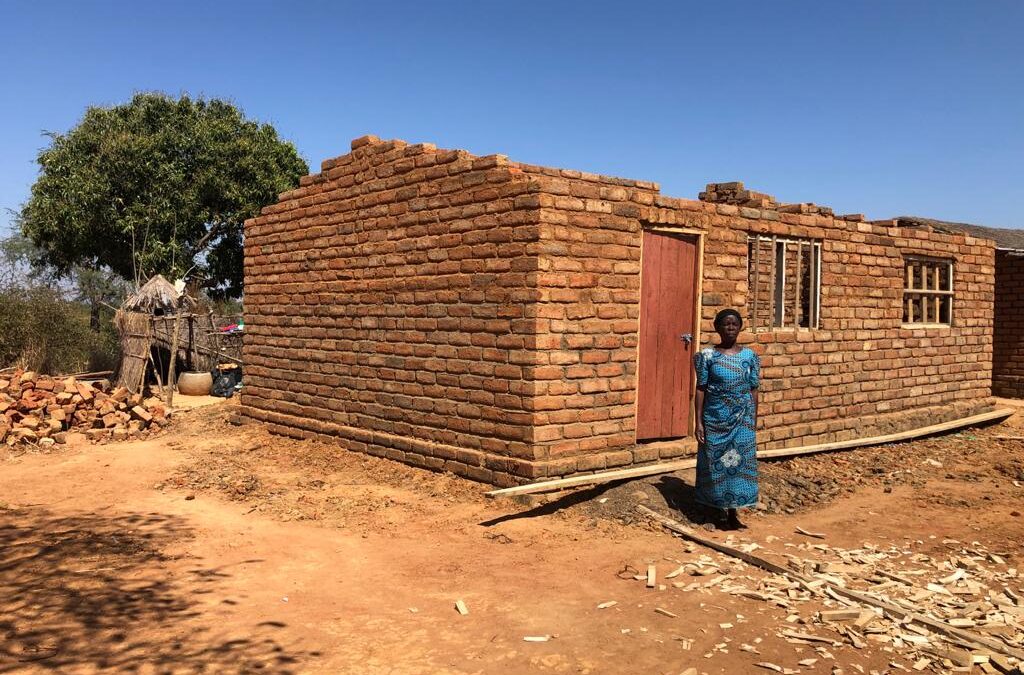 Rose is a widow.  She had fallen on hard times…literally.  During the rainy season her house collapsed.  It was turned to rubble.  In the first picture below you can see what is left of the house behind her.  There is little left but piles of bricks.

During a visit with her Y-Malawi Field Officer, she pleaded for financial help to rebuild the house.  The officer shared that he had no money to give, but they should pray.  He told Rose, “I have no money to give you, but let’s pray together and see what God does.  God owns everything, there is nothing too hard for Him.”  So they prayed.

A month later that same Field Officer returned to visit Rose again.  He was stunned to see the house nearly rebuilt.  The house is in the second photo below. It’s nearly ready for a roof.  The Field Officer asked Rose how she had managed to rebuild the house.

When Moses met God, He told Moses His name, “I AM WHO I AM.” (Genesis 3:14)  God is more and can do more than our minds can imagine, yet most of us choose to live life on our own. In Romans 8:31, the Apostle Paul said it this way, “What then, shall we say in response to these things?  If God be for us, who can be against us?”  Rose is a widow, but she knows a truth.  There is nothing too hard for God. 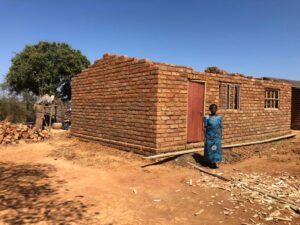