From Hunger to Hope 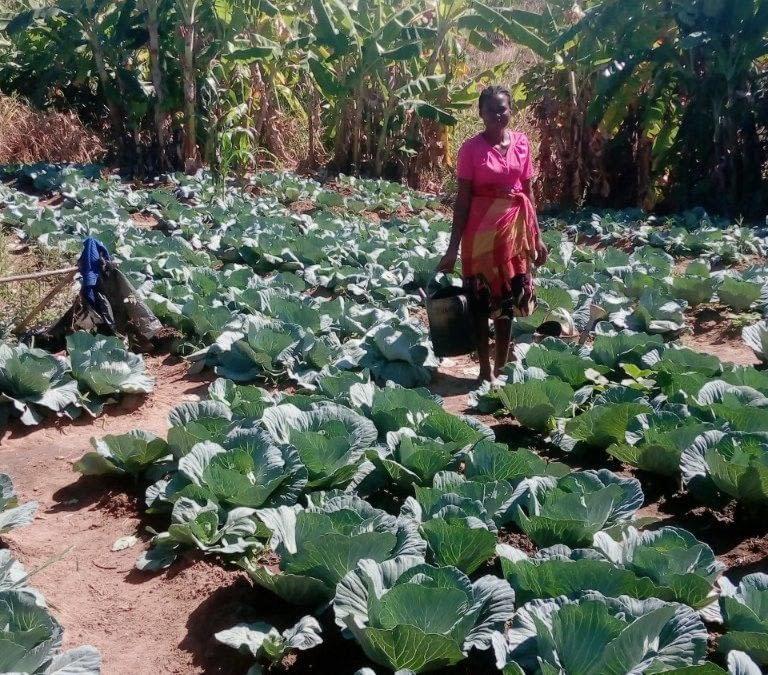 She had to stop going to school during the 11th grade. Although a good student, her family couldn’t afford the school fees. At 19 years old Maureen’s hope for a better future was setting like the evening sun. Yet, a beautiful sunrise was on the way.

Maureen registered and was sponsored in Y-Malawi’s sponsorship program to empower women and girls. Once in the program the first priority for Maureen was food security. Then Field Officers tried to encourage her to go back to school, but Maureen had other ideas. Her sponsor gave her a special gift and told Field Officers to use it for whatever Maureen needed. They consulted with Maureen, she requested to use the money to begin a small business.

The Field Officers saw that Maureen was a smart girl. They agreed and helped her get started, coaching and guiding along the way. Just look at what this ambitious young lady did.

Maureen is planning to continue growing both tomatoes and cabbage, but she is also planning to invest in another business with some of the profits. Now that she has some funds, she is also going to go back and finish High School.

This story is a great example of what the women and girls of Malawi can do with an opportunity and just a little help. Maureen is not only a role model, but her success is giving hope to others. Congratulations to Maureen, and a big thanks to her sponsor for making this all possible.