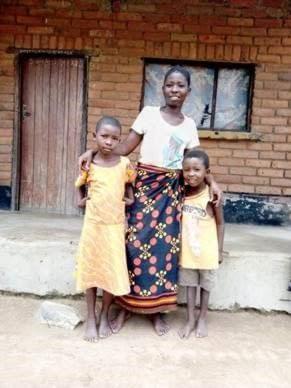 She was abused at 15 and had her first child at 16. Her name is Judith. Living at home, she tried to return to school after having the baby, but life had now become too difficult. Her mother was single. There were other siblings in the home. Judith had to work in the fields for day wages trying to help make ends meet.

She dropped out of school and married a man who she thought would rescue her. Instead, the man ran off leaving Judith to have a second child and another mouth to feed. To survive, she moved in with her grandmother, two sisters and her own children. Judith was now 19 years old. With no other option, she returned to the fields, working in the hot sun for day wages. Still a teenager, she had already learned how hard life can be.  The family was barely able to have enough food to eat one meal a day.

Then Judith heard that Y-Malawi was registering women for sponsorship in a nearby village. She saw a chance to change things. She registered and could not believe it when just a few months later she had a sponsor. Once sponsored she and her children became food secure. She was able to return to school. Through sponsorship Y-Malawi was able to pay her school fees and provide school supplies. She was walking several miles to school each day so her sponsor gave her a special gift of a bicycle. Judith is doing well and will graduate high school soon!

Her family follows Islam, but through sponsorship Judith has joined a Youth Club, she is reading the Bible daily. Her life has changed from one weighed down with despair to one filled with hope. She is happy and has big plans for her future. In her own words, “I am so happy to be sponsored. My sponsor has said she is praying for me. I will not disappoint. I am the only girl in my village at secondary school, I must be a role model for others.”

Sponsorship is giving girls like Judith hope. Sponsors are creating role models for other girls that will impact not only them, but entire communities. 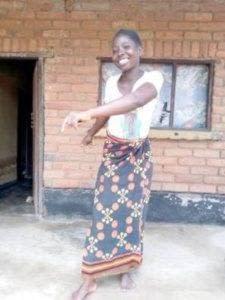 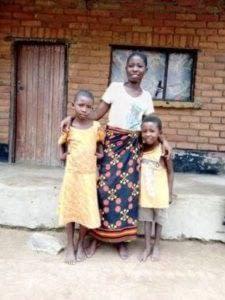