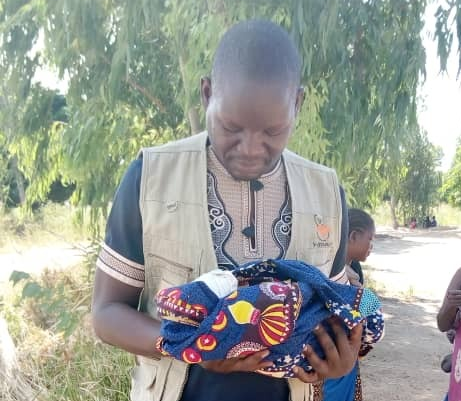 It was just a normal day. Field Officer Kennedy Chabwera was driving in his van headed out to visit some of the women and girls being empowered by Y-Malawi. As he passed by a certain village, he must have been spotted by someone. On his return trip a crowd of people, 12 or 15 men blocked the road waving for him to stop.

Pulling over Kennedy rolled down the window. The men were frantic, “Uncle Ken, we are in trouble, but we know you will be the one to help us. Please we have a patient who needs to visit the clinic. We wanted to call you, but we did not have your phone number. Now God has sent you here to help.”

Just then some others were bringing a young girl obviously expecting and having labor pains toward the vehicle. Now understanding Kennedy opened the sliding door. The girl was hoisted inside with two older women joining her. Kennedy slammed the door shut, jumped back into the drivers seat and off they went. The people had asked Kennedy to take the girl to a local clinic, but Kennedy could see the girl was already having trouble. A bit further distance, he decided to take her to the hospital in town instead.

Either it took too long, or the baby just came too fast. Traveling over the dirt, dust and ruts of that typical Malawi road, the baby was born less than 30 minutes in route. There was little Kennedy could do but pray and drive as fast as possible. The women in the back knew what to do, but the girl was afraid. She was crying and saying that she was going to die. Once at the hospital the baby was pronounced as doing fine. She was even sent home with the mother’s sister the next day. The doctors are confident that the mother will soon recover also.

A few days later Kennedy returned to the village to check on the baby. He said, “When I arrived everyone treated me like a film star or a hero.” They gave him the baby to hold for the first time. They also gave him the honor of naming the baby. She is now called VanNessa. It means coming from the van.

The life of a Christian is never dull, every day is an opportunity to serve God and love people. 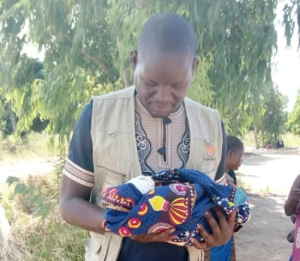