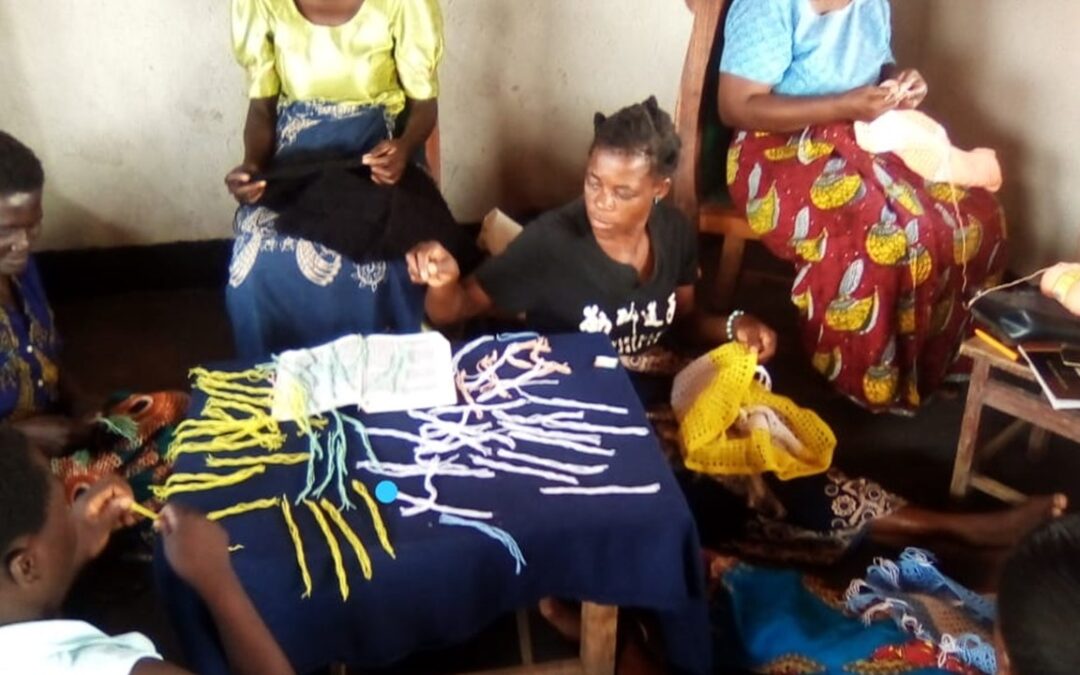 With the winter months approaching in Malawi, blankets and warmer clothes become greater necessity.  Like some of us, Malawian’s don’t much care for colder weather.  When the thermometer drops to 60 degrees, that’s cold in Malawi. Folks start to shiver.

Recently, a Bible Study Group of mature women decided that when they meet, they could do more than study the Word of God.  They decided to take up the skill of knitting.  Hearing their idea, a Y-Malawi Field Officer encouraged them to take on the challenge.  Together they got some books and began learning.  They scraped together some knitting supplies. Y-Malawi helped with a portion of the tools they needed.

At first there was a steep learning curve, but as continued to meet, they improved.  They are now making shawls, poncho’s for girls, and scarfs.  They plan to give some of these items to people that need them and cannot afford them on their own.  They also plan to sell some of the items to make some money for the Bible Study Group.

As they work they read the Bible, they sings songs of praise, and they encourage one another with prayer.  It is a genuine example of faith put into action.  The author of the book of James explains how important this is.  “What does it profit, my brethren, if someone says he has faith but does not have works? Can faith save him?  If a brother or sister is naked and destitute of daily food,  and one of you says to them, “Depart in peace, be warmed and filled,” but you do not give them the things which are needed for the body, what does it profit?  Thus, also faith by itself, if it does not have works, is dead.”  (James 2:14-17)

Faith and works go hand in hand, and for these women, so do knitting and the Bible. 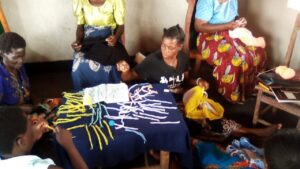 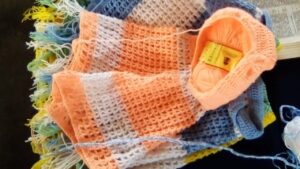 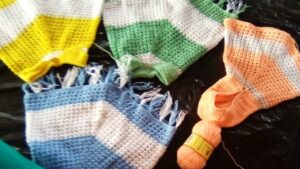